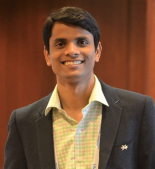 The service-oriented architecture has been beneficial in 5G to virtualize the physical network into multiple logical networks or slices, in contrast to the traditional ‘one-size-fitsall’ architecture. Each network slice is an end-to-end virtualized network instance and is dedicated for application-specific service provisioning. Network slicing can be enabled by two complementary technologies – network function virtualization (NFV) and softwaredefined networking (SDN). NFV offers virtualization and flexible management of network functions (NFs) throughout the network, and SDN enables simplified network management by separating the control-plane and user data-plane functionalities. A few academic initiatives have explored efficient schemes for network slice management, while utilizing the benefits of SDN and NFV. However, these approaches face network optimization challenges due to their large decision spaces. They also face scalability issues, since they rely on traditional optimization techniques. Consequently, I aim to address the above issues and challenges by proposing data-driven adaptive algorithms for efficient network management and orchestration in 5G.

The underlying concept of internet of things (IoT) envisions the ubiquitous connectivity of smart objects through the Internet as a global platform. Such a pervasive IoT network involves a large number of heterogeneous sensors that are expected to generate massive data. Consequently, the network should be flexible and programmable to manage the sensors and the generated data efficiently. However, the current best-effort networking technology suffers from increased capital and operational expenditures, while imposing different challenges in supporting emerging IoT applications, such as smart grid energy management and smart healthcare. The software-defined networking (SDN) technology enables real-time programmability of network devices by decoupling control- and data-planes. Thus, the complexity involved in managing networks is reduced significantly compared to that of the traditional networks. Although different SDN-based approaches exist in the literature, they either focused on the traditional networking issues or are at their infancy to be integrated into fully programmable networks to provide differentiated service provisioning for IoT applications. In this work, I focused on rule-placement and routing strategies to satisfy heterogeneous quality-of-service (QoS) requirements of traffic from sensors and network devices in SDN-enabled end-to-end IoT networks.

A smart grid is characterized by a combination of an underlay electricity network, and an overlay communication network. The underlay electricity network is divided into smallscale power grids, known as micro-grids, which distribute electricity to the end-users in the form of renewable and non-renewable energy sources. The implementation of self-generated energy sources at the customers’ end may be useful for cost-effective energy consumption. Therefore, in this work, I studied the impact of introducing the implementation of storage and self-generated energy sources at the customers’ end. Further, the overlay communication network plays an important role in exchanging real-time information between the utility provider and the customers. However, in the communication network, the occurrence of packet loss and information propagation delay is imminent. Consequently, I proposed a real-time energy demand prediction scheme from customers in the presence of packet loss in the smart grid communication network. We also propose a dynamic pricing scheme to maintain real-time supply-demand curve in the presence of plug-in hybrid electric vehicles (PHEVs).